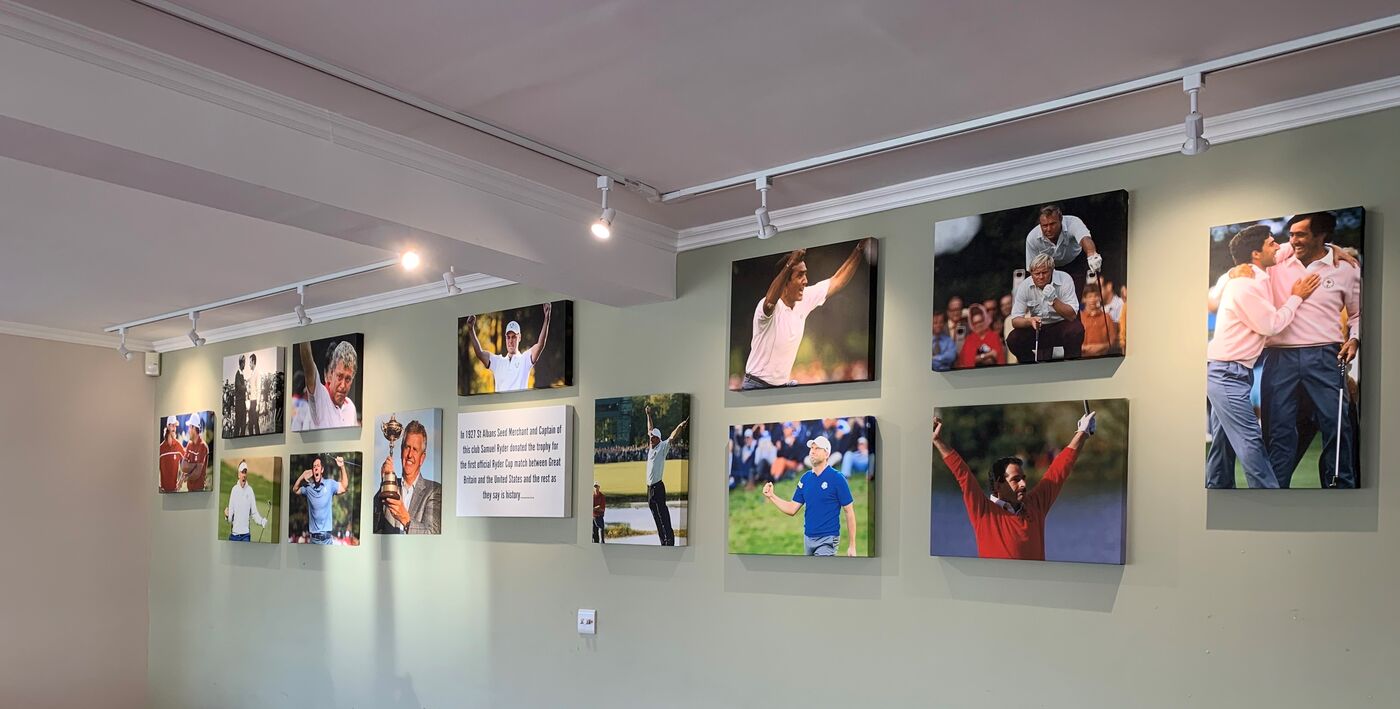 Samuel Ryder, founder of The Ryder Cup, was born in Preston, Lancashire on 24th March 1858. His father was a nurseryman and seed merchant who had five daughters and three sons.

It was only by chance that Ryder ever became interested or involved in golf. He had played cricket in his younger days, being a spin bowler. Living near the Old Trafford cricket ground, he had followed the fortunes of the Lancashire county team. After arriving in St Albans in 1895, sport took no further part in his life as he launched his seeds business and became totally involved in the life of the city.

At the age of 50, he had a breakdown in health from which he was slow to recover. It was then that his Trinity Church Minister and friend, the Reverend Frank Wheeler, suggested a remedy: ‘What you need is fresh air and exercise. Come out with me on the golf course and hit a few balls.’

With little enthusiasm, Sam agreed. However, with a golf club in his hands for the first time, he immediately took to the game. From that unlikely scenario, the Ryder Cup story was born!

He joined the Verulam Club in 1909 and only two years later, having proved his ability as a player and having become a respected member of the Club, he was appointed Captain for the first time. He would also be re-appointed to that office in 1926 and 1927.

It was in June 1926, on the newly opened East course at Wentworth, that a match was arranged between the professionals of Britain and America which was to be the forerunner of the Ryder Cup.

The suggestion for the match had come from Samuel Ryder and confirmation of this initiative came from the Daily Telegraph golf correspondent George W Greenwood.

Why the 1926 match at Wentworth was ultimately to be classed as unofficial and not the inaugural Ryder Cup contest was only made clear afterwards.

When the American Team was announced, it was realised that five of the ten players were not American born, though living and playing in the States. Jim Barnes was Cornish, Tommy Armour and Fred McLeod were Scots, Cyril Walker was from Lancashire and Joe Kirkwood was Australian.

In a clubhouse discussion afterwards, involving Ryder, Duncan, Mitchell and Hagen, it was agreed that the matches should continue on a biennial basis. The first official Ryder Cup would be played the next year 1927, in America, with the players in both teams being native born of the two countries.

Sam Ryder’s now famous gold trophy made its first appearance at Verulam when he entertained the Great Britain team before they left for the 1927 match. The rest, as they say, is history!

The image below is the original Deed of Trust signed by the founders of The Ryder Cup including Samuel Ryder himself whilst captain of Verulam Golf Club. This can be found in our 'Samuel Ryder Function Suite'. 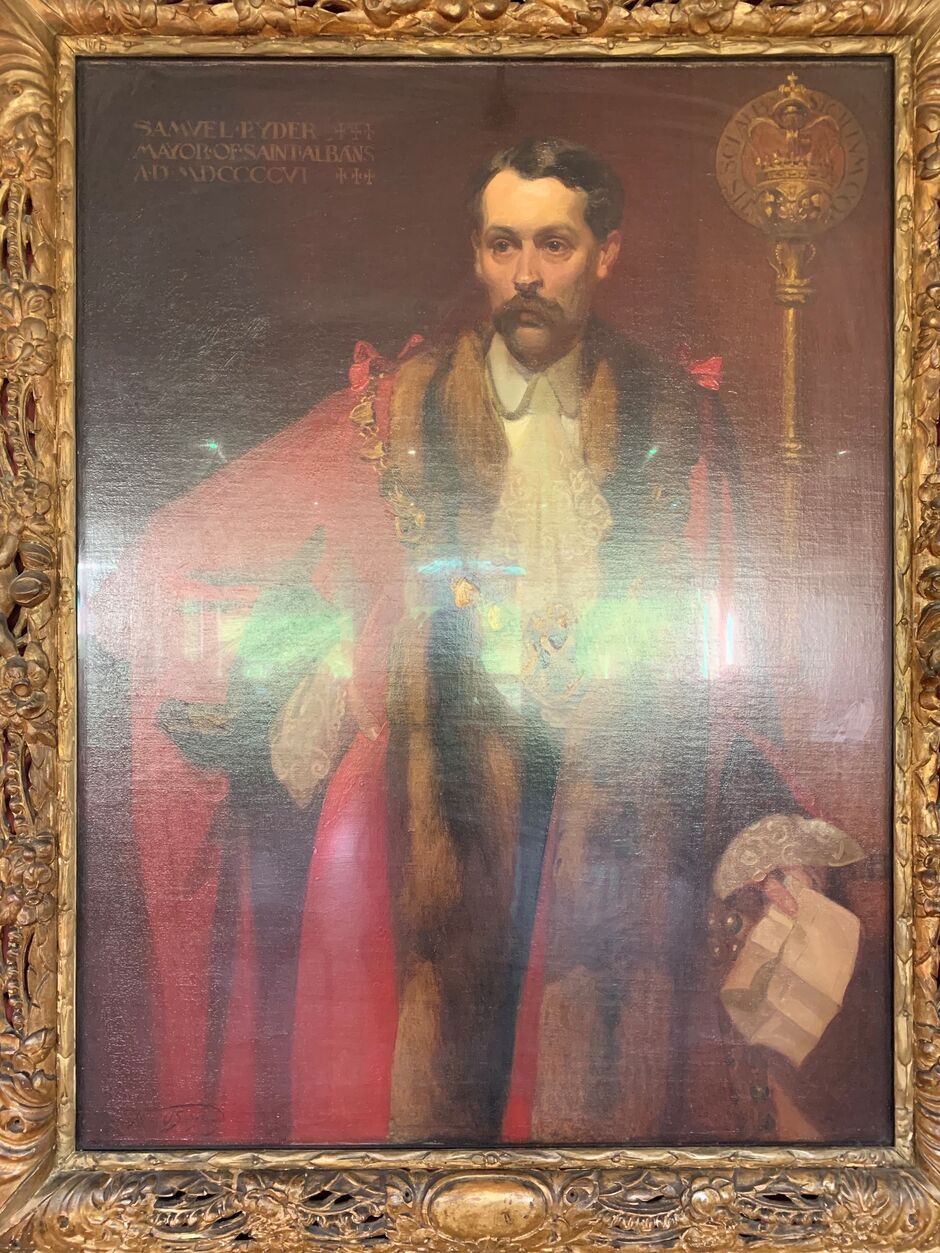 This portrait of Samuel Ryder with the Deed of Trust for the Ryder Cup in his hand can be found within our clubhouse. 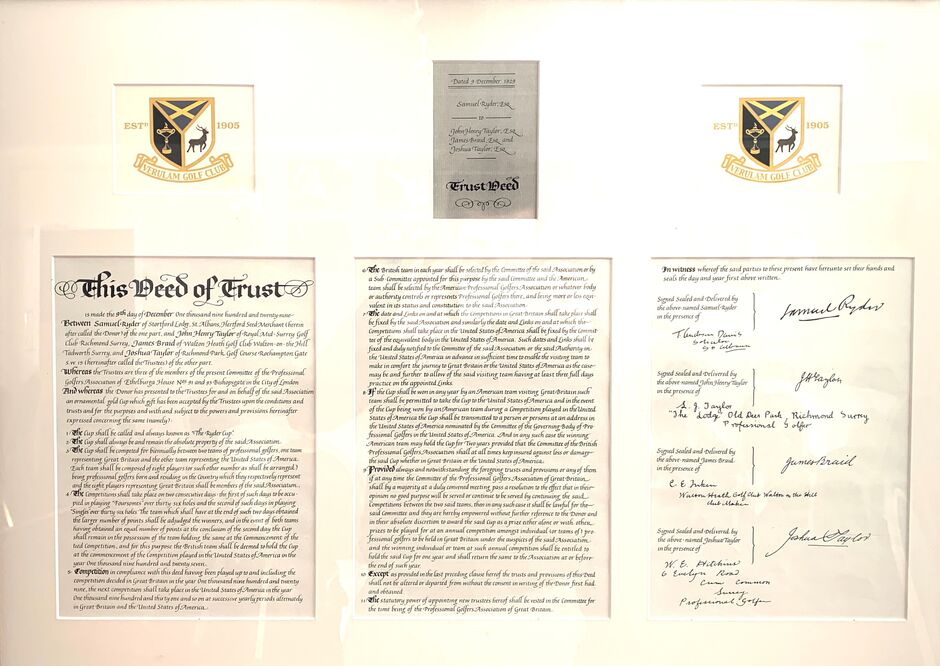